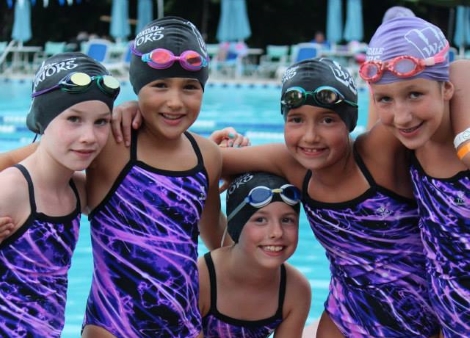 The Warriors are a summer swim team comprised of members from Wiltondale Pool between the ages of 4-18. The team is part of the Freestate Swim League that competes against other area swim teams on Monday and Wednesday evenings. The Wiltondale Warriors are coached by Devin Kirby, Brittany Watkins, Sandy Tober, and Caroline Yancisin.

We are excited for another year of swim team with the Wiltondale Warriors! Summer swim team focuses on FUN and team building and is a great way for kids to compete against other area pools without the pressure of a year-round swim league. Children are encouraged to participate in the meets, but not required. Swimmers of all ages are welcome to join!

To register for the Wiltondale Swim Team, please visit our registration system to enter your information.  If you have any questions, please email us at swimteam@wiltondale.org

See the Wiltondale Warriors in Action!

Stay Connected With Us!

Keep up with Wiltondale! View the current newsletter or peruse previous editions to learn more about our neighborhood. Join our email list to receive information and COP security alerts.

We are proud of our neighborhood swim team!

Learn more about how to join the team and support our kids at the home and away meets. Go Warriors!